A shirt could have a tiny stain that nobody can see, or it could be soiled with a big nasty stain looking quite disgusting. This illustrates that there are different degrees of uncleanness.

In 1999 the Museum of Fine Arts in Houston paid $1.25 million for a still life painting that for years covered a hole on the wall in a home in Indiana, USA, its value unknown to the owner and its existence unknown to art experts. The painting, ‘Magnolias on Gold Velvet Cloth’ by the 19th-century American painter Martin Johnson Heade, was sold by a man in his 30's who started to realize the value of the work when he played a board game about art that includes an image of a similar Heade. 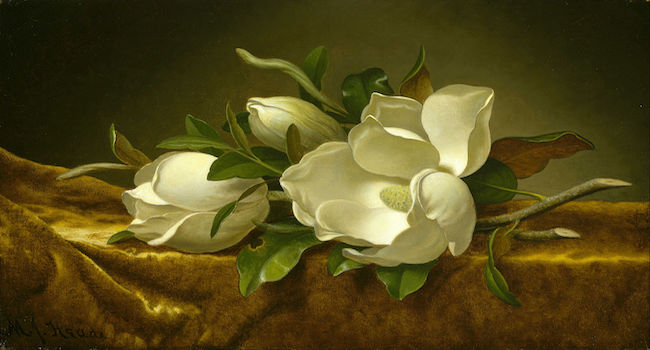 It may have seemed old-fashioned, but this painting was packing a million dollar surprise! Just like this painting was underestimated, sometimes people in the world may underestimate the work we do or the godly life we have chosen. It may seem old-fashion to many, but just remember that our work translates into treasures in heaven with Jehovah! (http://www.nytimes.com/1999/06/04/arts/painting-packs-a-million-dollar-surprise.html)

The antidote for misunderstanding is understanding. We need to use our power of reason to understand what prompted certain person to wrong us. That will dissipate negative emotions. For example, if we say hello to a brother in the congregation, but he totally ignores us, we will probably resent that. Our imperfect but creative minds may go on to think that this brother really hates us and that the elders should be aware of such bigotry. But if later we get to know that this brother was recently diagnosed with a serious illness, would you still feel offended? No, because now you UNDERSTAND why he acted like he did. And it is totally justifiable to feel like not saying hello to anyone when you are under such pressure. Actually, it is scriptural. (Ecl. 7:7) Now your creative imagination goes on the right track and thinks that, if it would have been you standing in his shoes, you would have probably done the same thing, or worse. In the end, that crucial piece of information really changes your outlook. So next time somebody does something that offends you, before your mind gets carried away, can you stop and try to use understanding to avoid misunderstandings?

If one bee comes buzzing around and bothers you perhaps you would dare to scare it away or even kill it. But if you see a swarm of bees approaching, you would most likely think twice before attacking. The wise thing would be to run and take shelter. If Satan sees us united it won't be easy for him to attack us. But by ourselves, we are in danger.

Certain man loved to make fun of a child in his town. He used to give the boy a choice between two coins: a five cents one and a dime. The child consistently made the foolish choice of picking the five cents coin, supposedly because it was bigger in size. So everybody laughed at how silly the child was. One day a visitor, perplexed by the kid's pick, asked him why did he keep choosing the one with lesser value. The boy replied that he knew the small one worth more but if he chose it perhaps the man would stop giving him money for free. This boy was not a fool, the fool was the man that kept falling prey of this boy's trick. This clever boy had the understanding of what was happening, and it gave him the edge. If we have understanding, we will be able to take advantage of different situations, even if they are unfavorable.

The Spartans of old were famous —or infamous— for their military might. The Spartan army was referred to as having a 'wall of men, instead of bricks.' Their amazingly close formation based on the discipline and tightness of their squadron acting as one gave them many victories against their enemies. Today we are fighting a spiritual warfare. Jehovah wants his congregation to stay united because united we are strong. In that way, we will emerge victorious against the devil. (https://en.wikipedia.org/wiki/Spartan_army)

In this world’s Politics, we clearly see the concept of unity as something worthy of pursuing. For example, throughout history, some of the names assumed by some political coalitions are: the Soviet Union, the European Union, the United Kingdom, the United States, the United Nations, etc. However, the accomplishments of all these unions pale into insignificance next to what the Kingdom have accomplished by means of the earthly part of God's organization. And in the new world, our unity will be even more outstanding. Thus we need to stay united as a People and as individual congregations, for this shows the superiority of the Kingdom and it honors our God, Jehovah.

The Father and His Sons

A father had a family of sons who were perpetually quarreling among themselves. When he failed to heal their disputes by his exhortations, he determined to give them a practical illustration of the evils of disunion; and for this purpose he one day told them to bring him a bundle of sticks. When they had done so, he placed the bundle of sticks into the hands of each of them in succession and ordered them to break it in pieces. They tried with all their strength and were not able to do it. He next opened the bundle, took the sticks separately, one by one, and again put them into his sons' hands, upon which they broke them easily. He then addressed them in these words: ‘My sons, if you are of one mind, and unite to assist each other, you will be as this bundle of sticks, uninjured by all the attempts of your enemies; but if you are divided among yourselves, you will be broken as easily as these sticks.’

A hurricane is coming. The sky has not turned dark yet, but the weather service announces it is imminent. It is going to be a big one. When you take a look at your neighborhood, some of your neighbors are working hard securing their property, installing storm shutters, putting away junk that may turn into projectiles, and so on. Other neighbors, though, are having the ultimate outdoors BBQ experience, partying with family and friends in spite of the storm warning. When you look at their homes, there is no indication they are preparing for the storm. Who would you say believe the storm is coming? Your neighbors didn’t need to say a word, but you can tell by their actions. The urgency shown by those who took action preparing for the hurricane attests it is real to them. But the inaction of those partying indicates they are not sure about the warning or perhaps don’t believe it at all. Likewise, our actions reflect our sense of urgency, or lack of. The way we conduct ourselves in the congregation will show whether we truly believe the end is near.

Nations have their alert codes for military and security threads, like orange alert or red alert. What about the Kingdom of God? We are on red alert with Armageddon being so close. We can not let our guard down.

Imagine a soccer game (or other sport) in which the score is tied. There are only a few seconds left, and the best player has the ball. He starts running hoping to make a goal. But all of the sudden he stops and asks: 'how much time we have left?' Wouldn't that be atrociously stupid? Time will run out, and he will miss the chance of winning the game! Something similar happens today. In this time of the end, it is not our job to ask how much time is left. (Acts 1:7) Time will run out! Jehovah is the timekeeper, he knows how much time is left. Our job is to run, run, run for our lives, scoring the winning goal by serving Jehovah wholeheartedly.

If the firemen and Police come hurriedly warning you that in your building there is a bomb and you need to evacuate quickly because it can explode any moment, will you say: 'well, they really don't know when exactly is going to explode, and I feel good here. Maybe tomorrow I'll leave but not today'. That will be stupid! Some may say Jehovah has the truth and that they know it, but they can't serve him today, in the future, maybe six months from now, they will, but not today. Well, would that be wise? It's better to take action today.